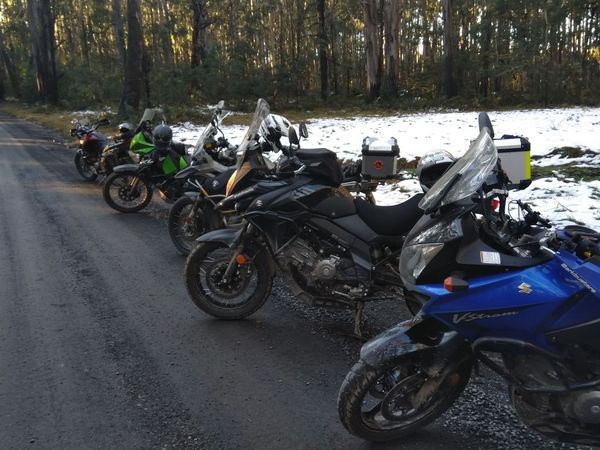 The first meetup ride was held on Sunday, July 1, 2018 – hosted by Chris Taylor, and involved a ride up to the top of Mount Donna Buang, followed by lunch at nearby Yarra Junction.

The “Mid Winter Ride” hosted by Ian Ribchester was the first ride that gained a lot of popularity. With a turnout of over 15 people, it set the stage for what was to come, and Ian went on to organise many more rides with great success. Many new friendships were made, and the rides were very popular.

In late December 2019, several riders got together and discussed the idea of starting up a properly incorperated club. Ian led this discussion, and an informal meeting was held at Napier Hotel in Fitzroy to discuss the process. It was decided that our aim was to have an incorperated club by the start of the 2020 financial year.

Club logo concepts were drawn up by foundation member Damian Mcgrath and a final logo was chosen. The IT team led by Robert Haines assisted by Gail Miller and Jonathan Alvarez started putting together a website and members area, and Geoff Allan began work on club documents.

Late in June 2020 amid the Corona virus pandemic, we had our first official meeting to finalise our initial office bearers. The official membership drive was started amid stage-3 lockdowns in Melbourne.