“MADCAT MADCAT, We have stopped so Tim can take a piss” blasted out of my UHF Radio “Rob, we are about 11km away”. What followed was an exchange about human biology that I won’t go in to, but needless to say, I had a smile ear-to-ear. After spending the last 11 weeks or so in lockdown, I missed the joking and banter that was part of a MADCAT ride, Riding alone is better than not riding at all, but it’s nothing like riding with the club. We’re back!. 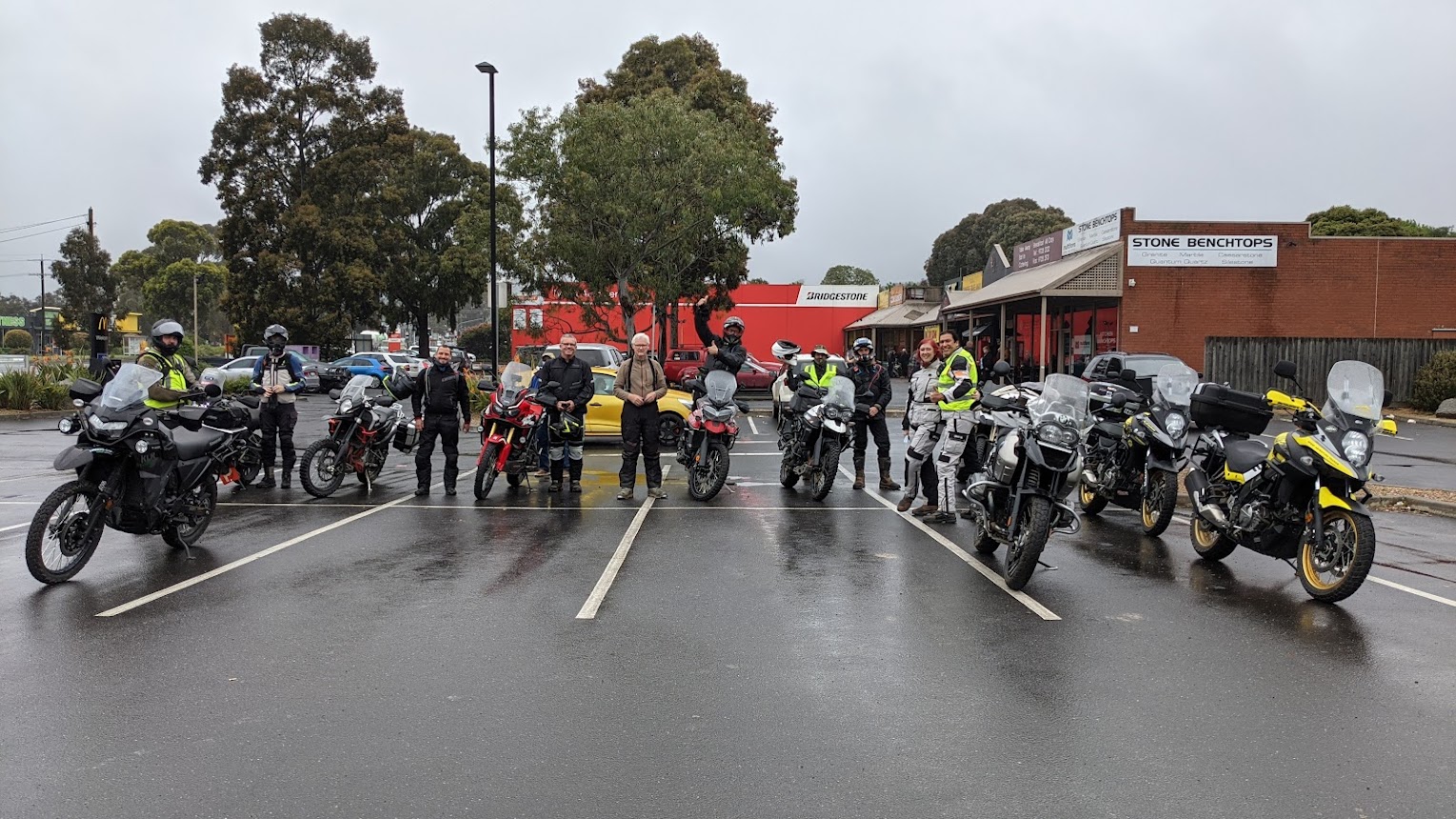 Being that this was the first weekend out of lockdown, plenty were keen on getting back into the saddle even though the weather was less than desirable. We ran 2 groups on Saturday, a number of us having a second loop around on the Sunday. (Because why the hell not?) I think we had a touch over 20 people taking part in one or more of the rides, which comprised of forest roads in the Yarra ranges as far east as Reefton, then looping back north through Yarra Glen towards Warrandyte. 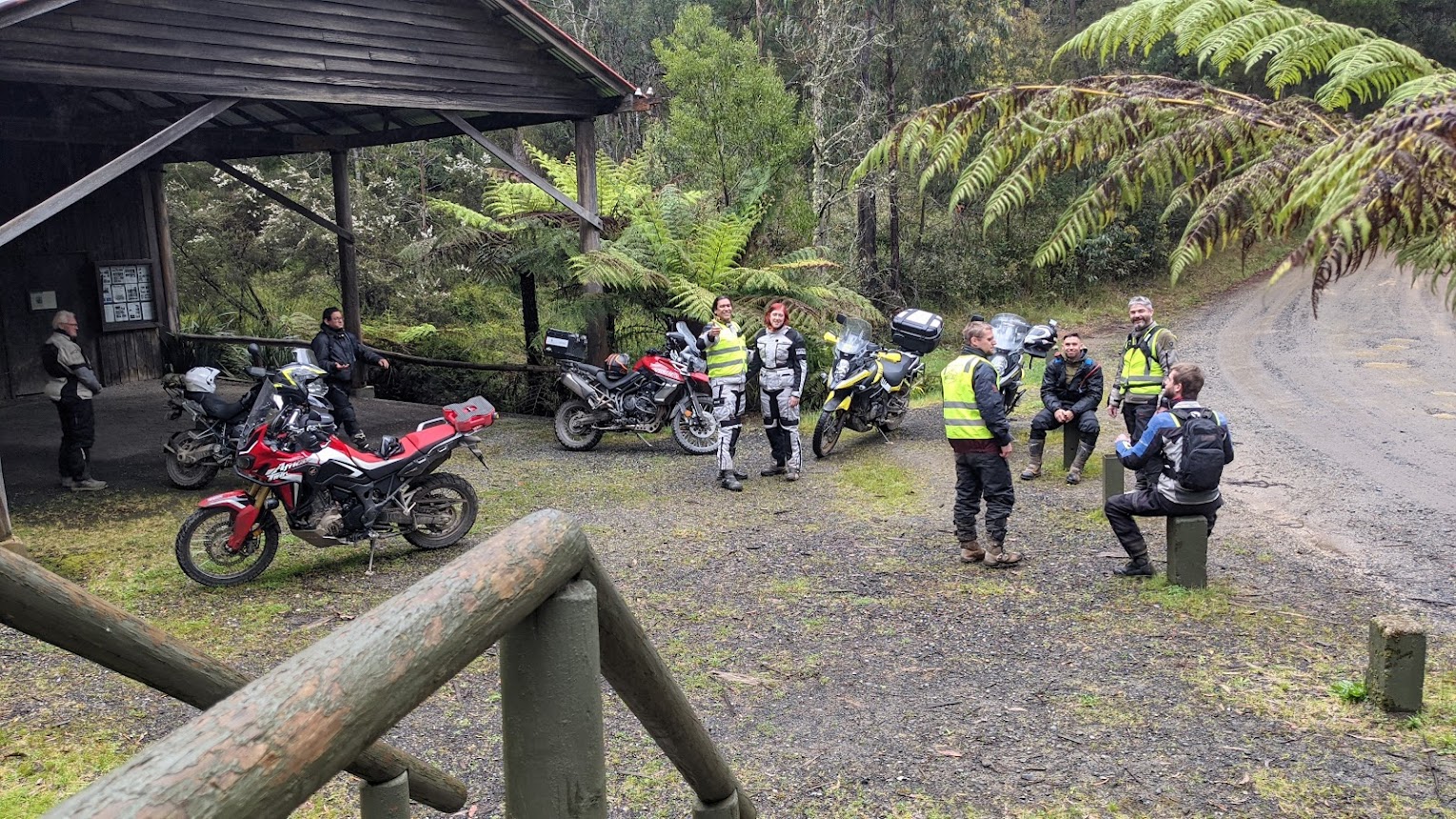 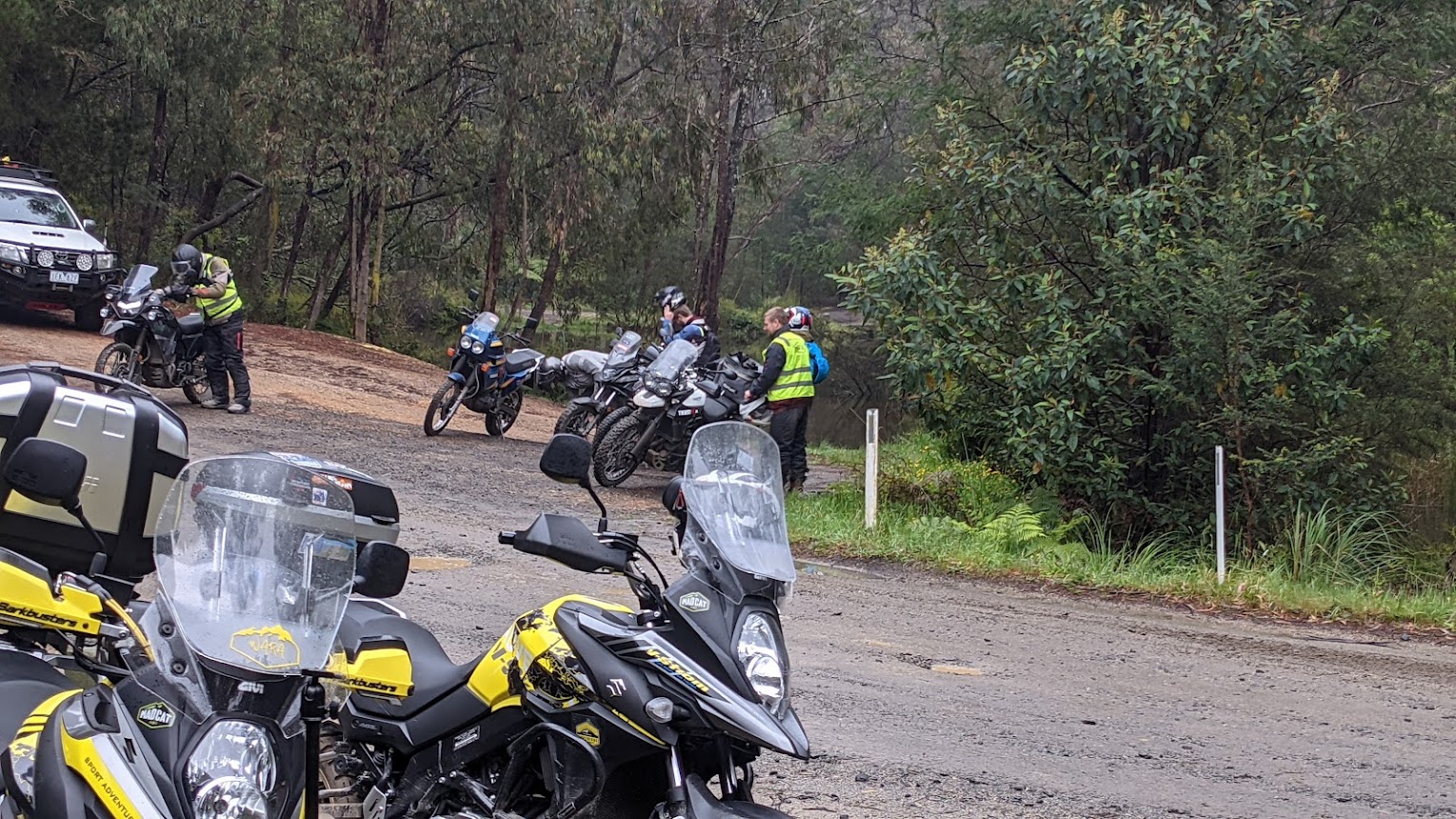 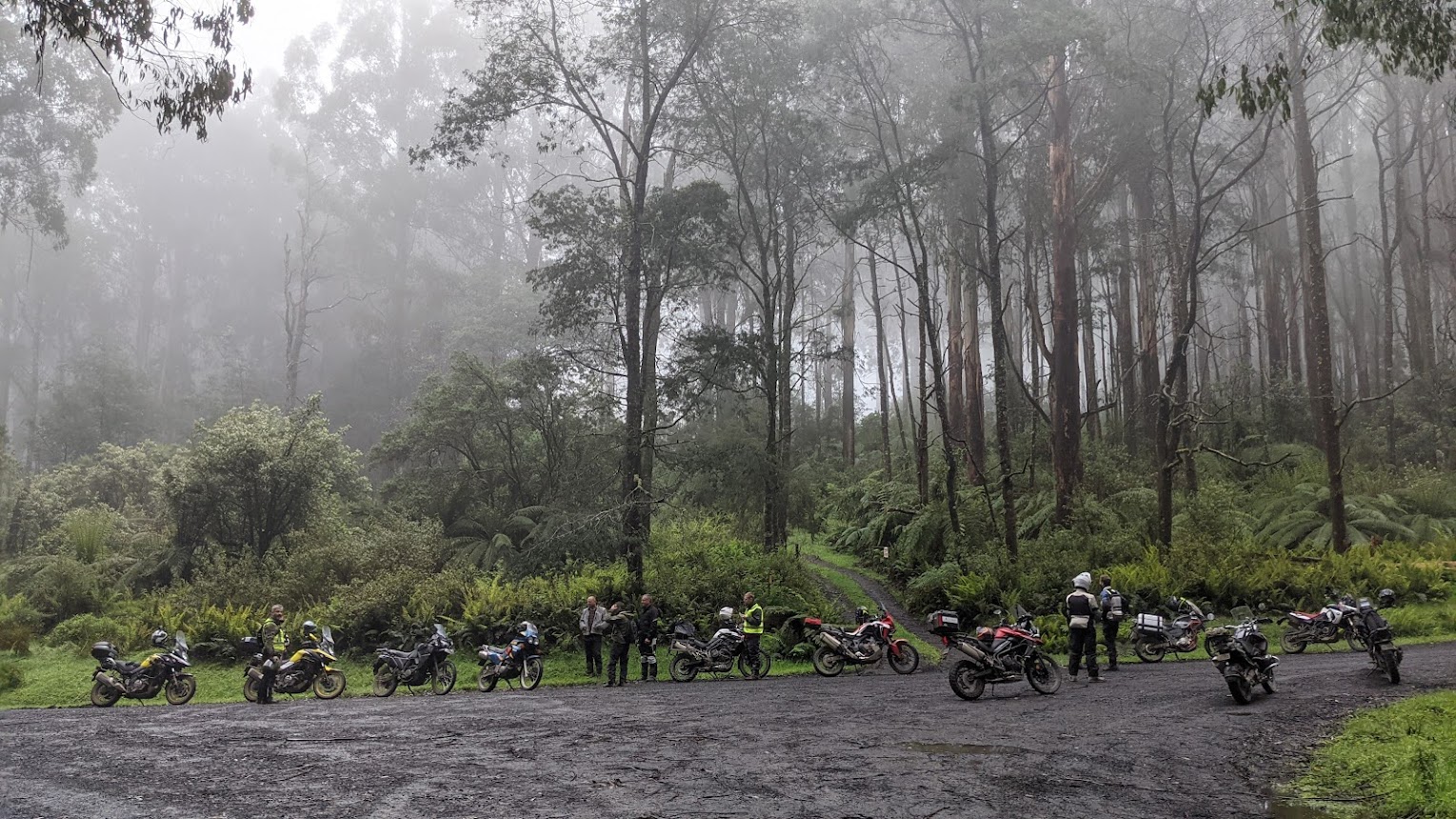 Two separate groups left on Saturday from both Bayswater and Kilsyth  McDonalds and travelled in opposite directions around the loop. The weather could be described as wet, very wet. Ordinarily we would not get such a good turnout on a day forecast with up to 20mm of rain — but that did not seem to be a problem today. Battling greasy clay patches and foggy visors, we headed east as deep as we could get into bush whilst still remaining in what is comically considered “metro Melbourne”. We stopped a number of times, including at Kirth Kiln, a historic site which produced charcoal to power vehicles during war times when petrol was in short supply. Lunch time was approaching so we do what we always do, and head for a pub. 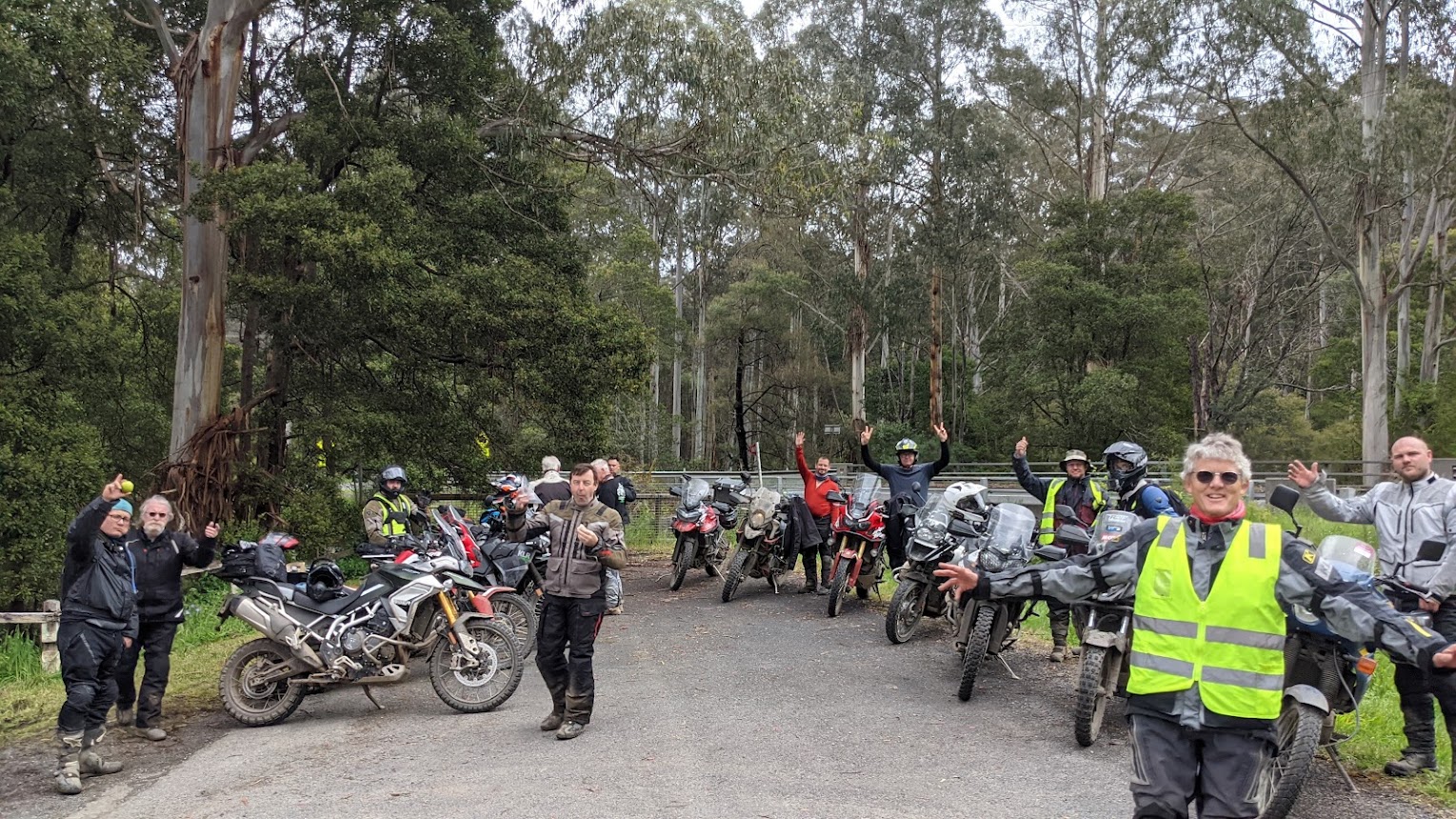 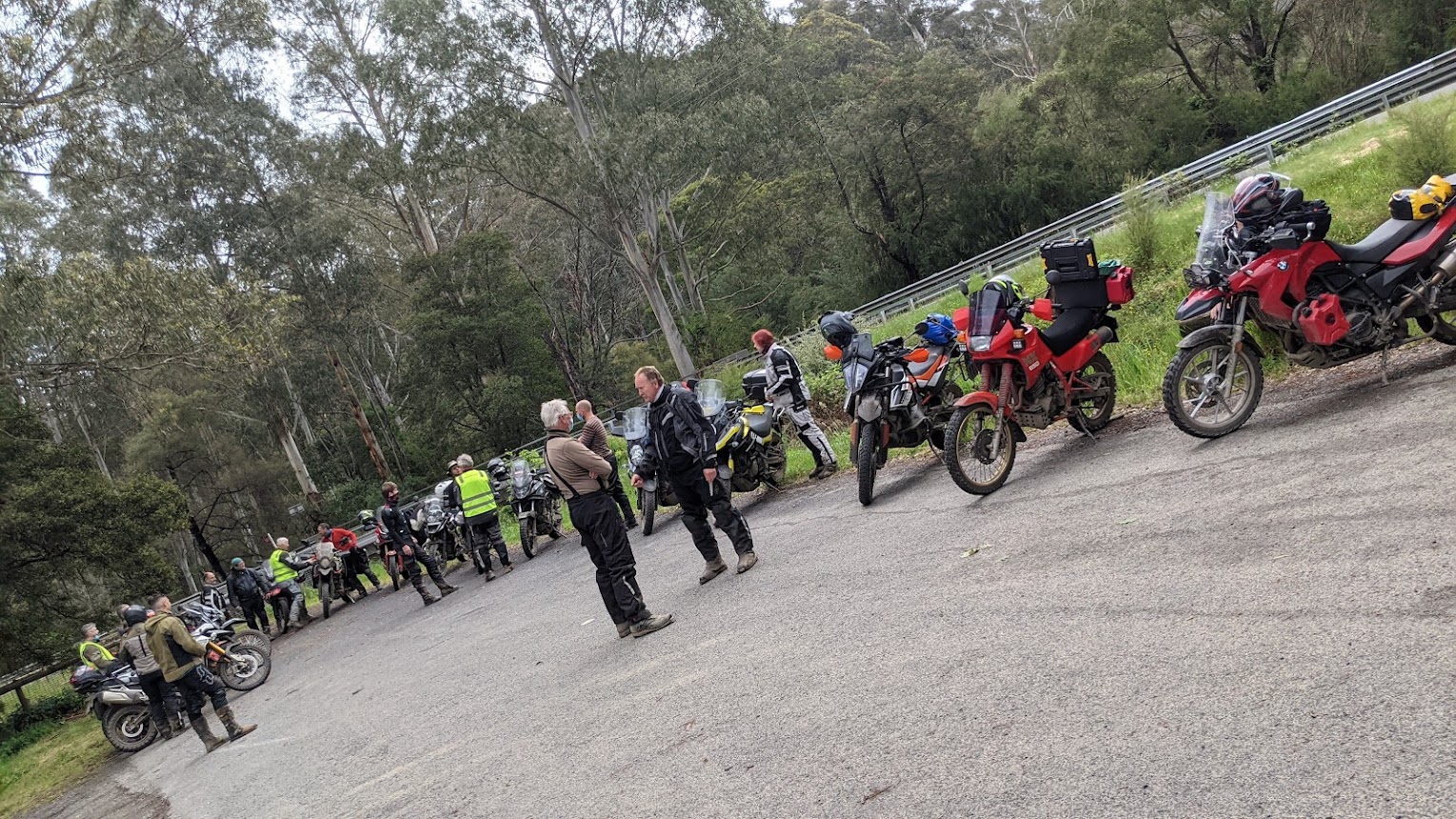 A short time later, and after the obligatory U turn or two, we arrived at the Reefton hotel, only to find that they had reached their capacity and had to turn us away — which was not really a surprise.

What was a surprise though however that not 5 minutes after we arrived, group 2 also pulled into the carpark with a similar plan in mind. Maybe next time. 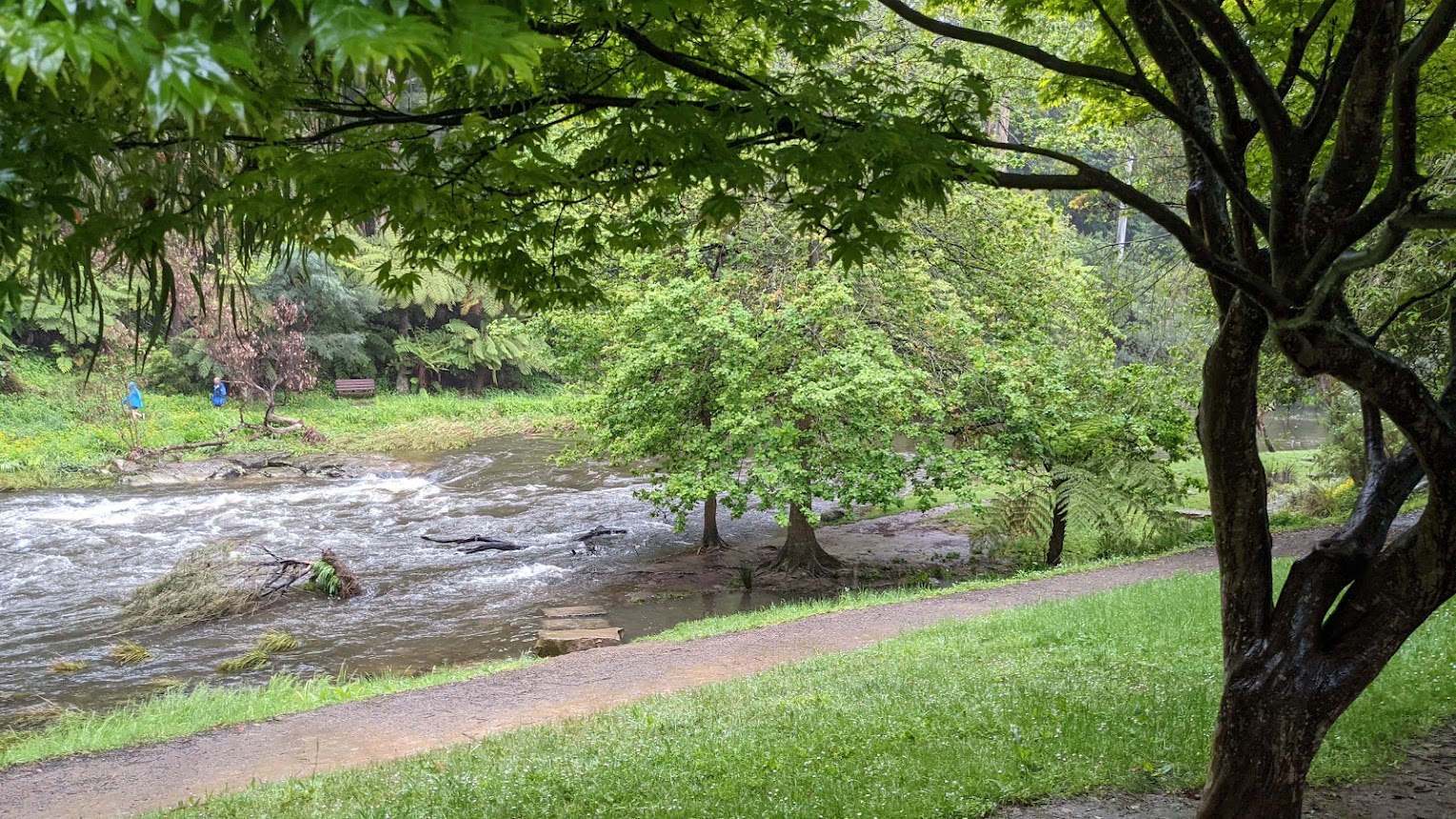 We meandered into a very busy Warburton just as the rain set in, attempting to find some food. The Bakery seemed to have a well paced take-away thing going on, so that was lunch sorted. We huddled under the eaves of buildings clutching take-away pies and sausage rolls — barred from entering any buildings due to Covid. Not ideal — but glad to be out and about.

The weather showed no signs of improving after lunch, so we cut over to the northern part of the loop in an attempt to escape the rain. This offered a bit of a change in scenery, more open, minor sealed roads through rolling hills and wineries around Yarra Glen. Our final gravel was riding past Sugarloaf Reservoir on Skyline Road towards Warrandyte.

With a bit of luck, this ride will mark the start of uninterrupted club rides and events into 2022 and beyond, a welcome change from the last 2 years.

See you on the next one!