Partly because the weather wasn’t looking terrible and partly due to FOMO about the mental as anything ride I did head out for a ride today. I learnt several things….
1) Riding from 0630am to 1830pm is too much riding.
2) Don’t try tracks just for the sake of trying tracks as you won’t actually get where you intended to. Just waste a lot of time on dead ends and unsuitable for an adv bike tracks.
3) If your internal voice is saying things like
“it doesn’t look too bad if you stay on the right” it probably is too bad.
4) Being somewhere between Matlock and Noojee and nearly out of fuel causes anxiety.

Proper overview: my aim was to do a loop from Bunyip to Mt Terrible via Matlock and back.
I rode from home to the Forrest road entry to Bunyip. Did quartz creek track (grade 2ish), BT Divide (soft grade 3) took the blacktop towards Noojee and then turned up camp creek road, then McCarthy spur, finally Gunn road. All of these are grade 2. Unfortunately, I tried several side tracks that looked to head in the right direction and started out as 3 but either dead ended or turned into steep hills with ruts so deep it looked like comp trucks had been playing in the mud.

There was a ridge down the middle of one that almost looked doable as long as you didn’t fall off into the ruts. Thankfully, I decided to walk it first as when I got to the bottom the remaining track had been bulldozed closed and there was no way I could have ridden back up!
I took a couple of unnamed tracks through plantations to get back to Loch Valley road. Not wanting to do too many gravel roads I tried several tracks off of tarongo Rd. after icy creek camp ground to get me up to 40 mile break but they all disappeared into dense bush.
Bike refused to start after a quick break and seemed like the clutch switch was stopping the ignition even when the lever was pulled in. Fortunately, another adv bike rider pulled over, he was an auto electrician, proceeded to pull things apart and tape wires together thus solving my issue lol. As it turned out he was on the last little leg of a 4000km trip!
Finally go to Mt Matlock via hope Hill track (bit steep and loose rocks maybe grade 3ish?). I then tried to head for Mt Terrible but I was beginning to feel pretty done. I did a steep climb up part of frenchmans gap track and a slightly worrying decent on loose rocks back to hope Hill trk (4+).

Rather than take Sibley track to Ryan spur track I decide to stay on hope Hill and descend onto boundary track before rejoining Ryan spur…..the descent down hope Hill was way too hard for me and I really shouldn’t have tried it but I did, and survived (just). So steep, completely made of loose rocks and rock steps. I was kinda rattled by the bottom of the hill and decided that I didn’t want to walk the next hill on boundary and didn’t want to ride down only to need to turn around so I called it and headed back to Sibley, had a look down Ryan spur but there was a tree down across the track so I decided to call it a day. Headed to Woods point to grab a drink and then rode back to the Peninsula via Noojee, Drouin, koo wee rup. 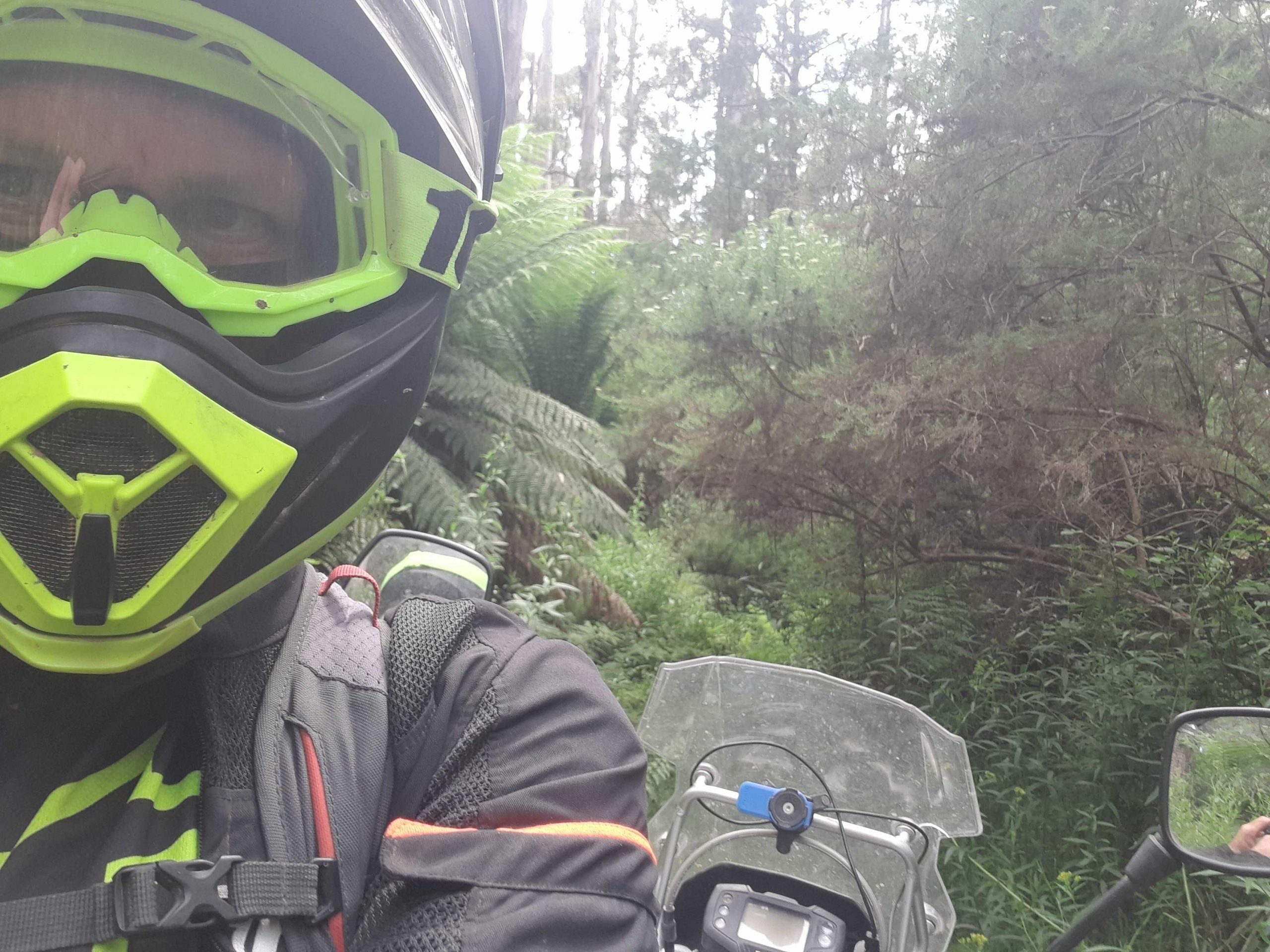 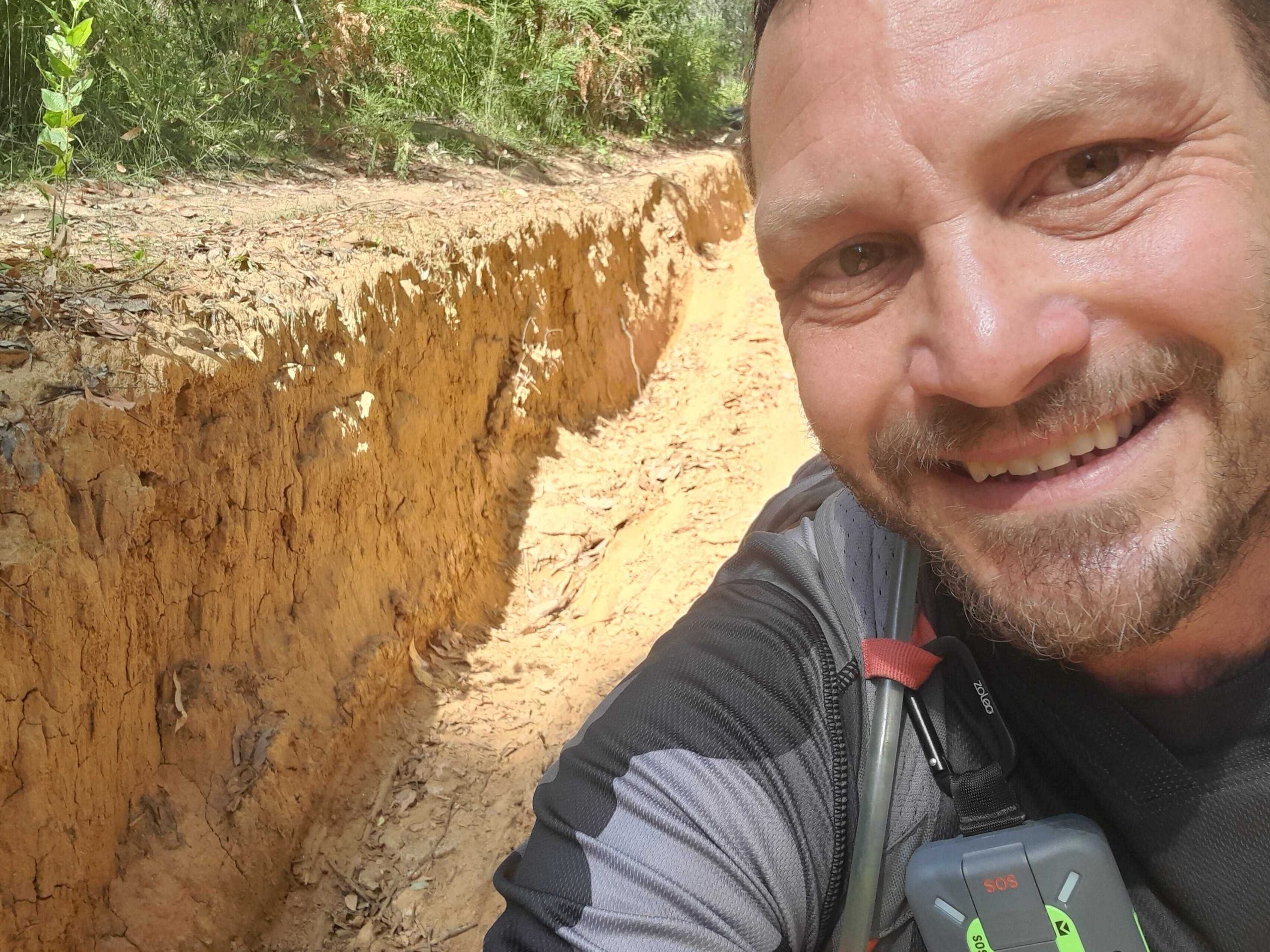